Bridgeport has long been known as the third poorest city in the country, but there is another statistic that completes the poverty picture.  Only 28 miles away, Greenwich, Connecticut is one of the wealthiest towns in America, and, not coincidently, the home turf of the Prescott Bush family.  One business newspaper has called Fairfield County “the most unequal place in America.”

This disparity and the crumbling of many U.S. cities inspired the Rev. Jesse Jackson in 1991 to announce a Connecticut march to “Rebuild America.”  Significantly, Bridgeport was chosen by Rev. Jackson as the starting point.  On Sunday, August 15th, Jackson and 2,000 others marched three miles through the city, including Father Panik Village, the notorious and nearly abandoned public housing project.

“Jobs are gone,” Jackson told an attentive crowd on the first day of the seven-day march destined for the state Capitol in Hartford.  “Plants are closed.  The tax base is limited.  Children are neglected. Slums abound. This is a disaster born of greed,” he declared. “Bridgeport is a monument to Reagan-Bush economic policies.” Bridgeport’s mayor had only recently announced a plan to have the city file for bankruptcy.

Jackson had called on local unions and community groups to organize the march.  Taking the lead was District 1199/SEIU, the largest health care union in the state, along with local community leaders like Cesar Battala and the city’s Puerto Rican working families. District 1199 brought its Bridgeport nursing home workers, state employees, and community programs (homes for the developmentally disabled) into the effort.  As a result of the march, Batalla and his supporters went on to organize the Coalition to Rebuild Bridgeport.

According to District 1199, union members joined the event to “draw attention to the need for a new domestic agenda.”  The union joined Jackson’s demands for “spending more on schools instead of jails, spending more on health care instead of warfare, more to bail out cities and towns instead of savings and loan banks, and the retraining of workers” from defense-oriented to peacetime jobs.

The statewide coordinator for the march was Merrilee Milstein, a Vice President of District 1199. She noted the widespread Bridgeport support from diverse individuals and organizations as a “remarkable outpouring of people who are demonstrating their concern for our state and our country.”  The health care union had long been known as an organization that prioritized not only the “bread and butter” issues of its members but larger civil rights and social justice issues as well.  It had mobilized thousands of health care workers for the historic 1963 March on Washington, and was the first trade union to oppose the Vietnam War.

New York mayor David Dinkins and Mayor Ray Flynn of Boston joined Rev. Jackson as the marched stepped off on its 64-mile trek.  Homeless veterans like Bob Weug got in line also.  “Those other countries have their problems,” Weug told a reporter, “but good grief, don’t we have our own?.”

On Saturday, August 20, Jackson stood in Hartford before 7,000 marchers, supporters, union members and Bridgeport residents, making good on his pledge “to send out a distress signal from Bridgeport heard around the whole country,” 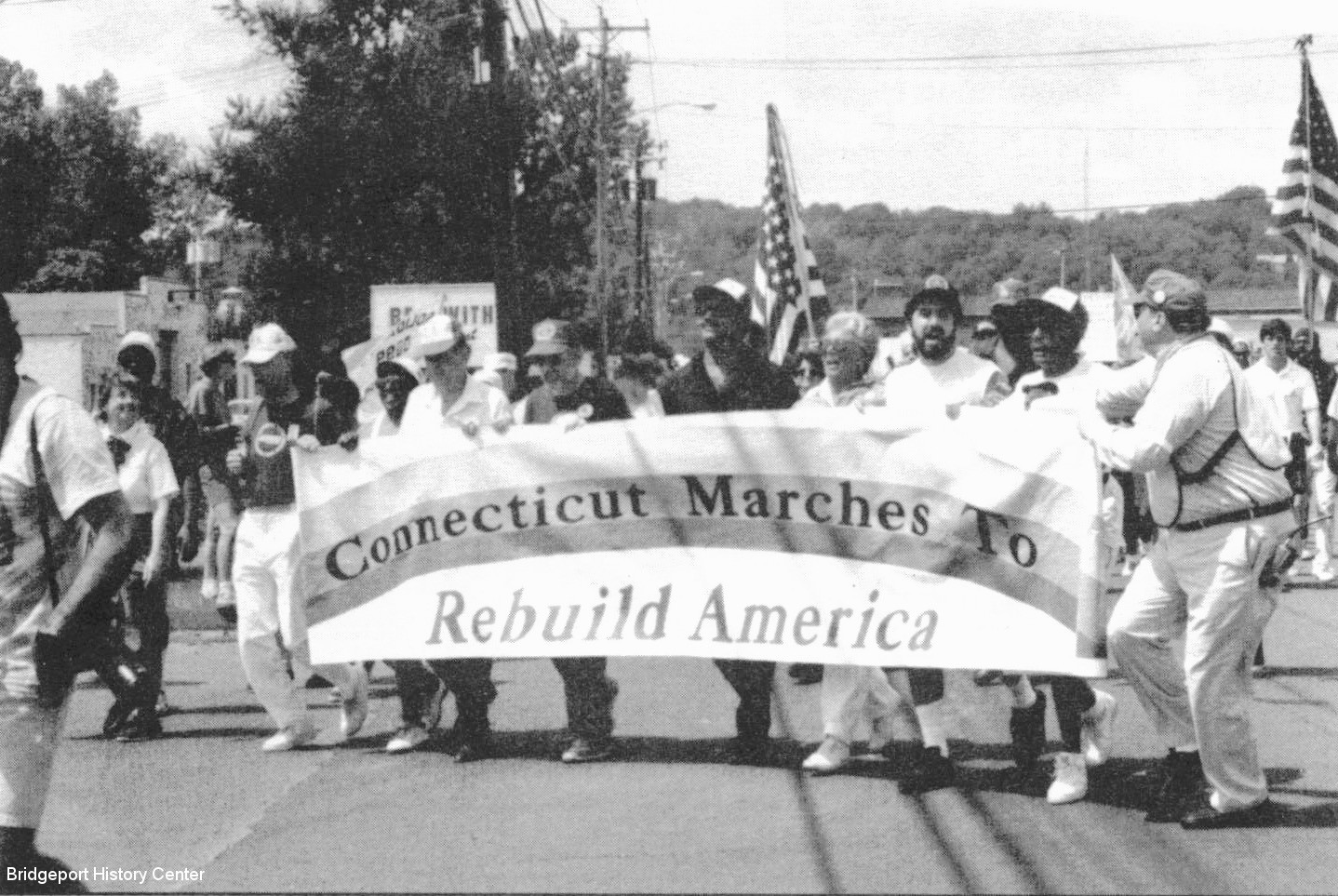 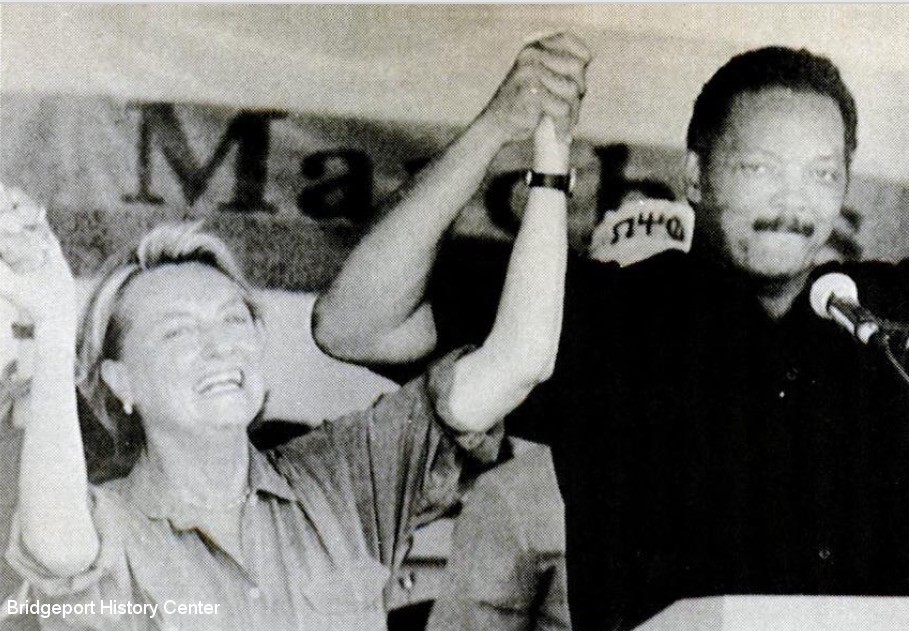