A Labor of Love

For some Bridgeport workers in the early 20th century, union organizing was both a family affair and a love affair.  Matilda Rabinowitz and Benjamin J. Legere were such a couple.  (Think of the film stars Warren Beatty and Diane Keaton, who played John Reed and Louise Bryant in the 1981 movie Reds.)  Matilda was born in the Ukraine.  Ben, whose father was native Mi’kmaq from Canada, was born in Massachusetts. Both became dynamic labor activists in Bridgeport, Connecticut around 1910.

They organized together to form the Bridgeport Socialist Club (a breakaway from the more conservative Socialist Party) and raised funds for the Lawrence, Massachusetts “Bread and Roses” strike. They performed in progressive theater works directed by Ben, who was an actor, playwright, and the editor of the Industrial Socialist.

While living in Bridgeport, Ben served as a railway clerk and union officer.  He ran for public office on the Socialist Party ticket as a contemporary of Jasper McLevy. Matilda worked in a number of local factories, including the Warner Corset Company.

They both led strikes by the Industrial Workers of the World (IWW, or Wobblies) in Connecticut.  Ben took the lead in the successful 1912 textile strikes at the Quidnick and American Thread mills in Willimantic.  Matilda organized the heroic but doomed Blumenthal mills strike of 1913-14, a forgotten story from the borough of Shelton in the Naugatuck Valley.

Around that same time the IWW sent them to Little Falls, New York, the site of a fierce mill strike that was met with police brutality.  For Ben, the strike meant a one-year jail sentence on trumped-up charges.  Matilda stepped in once he was arrested and played a leading role in the IWW victory.  There she earned the profound gratitude of the women and men who labored in the mills.

Like their comrades Elizabeth Gurley Flynn and Carlo Tresca (who were much better known in the IWW and the labor movement), Matilda and Ben fell in love “on the barricades” of Wobbly struggles. Matilda had a child in 1919 and raised her daughter Vita by herself. 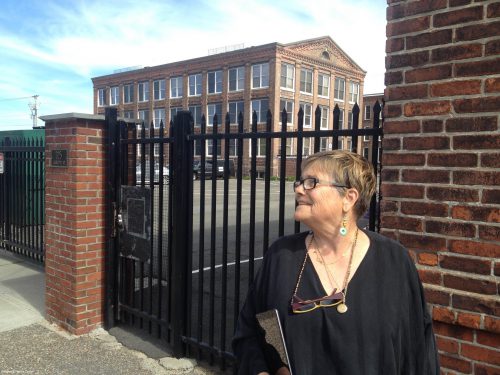 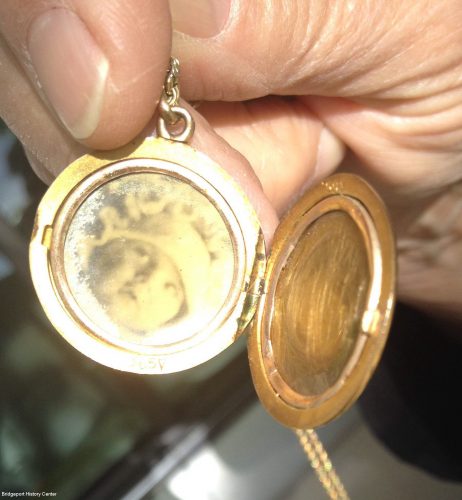 Today, Vita’s daughter Robbin Henderson still carries the locket that the Little Falls strikers presented to Matilda in 1914.  And in 2015, thanks to the Bridgeport History Center, Robbin traced the path of her grandmother Matilda, visiting the streets where the young organizer lived and the factory sites where she worked.

After the two separated, Ben and Matilda remained Wobblies for a while longer. Matilda worked in South Carolina and Detroit before joining the auto workers union.  She moved to California, continued her labor activism, and wrote a column (“The Barb”) for the IWW newspaper until her death. Ben toured as an actor, joined Canada’s One Big Union (patterned after the IWW), and worked with Upton Sinclair’s EPIC (End Poverty in California) campaign in California.

They continued to utilize their individual skills in the service of union campaigns and progressive causes.  Matilda was multi-lingual, a good writer and a tireless organizer.  Ben used his oratory and his theater background, whether he was performing on radio or galvanizing workers into action across the continent.

Bridgeport rightly gained the reputation as a great industrial city that manufactured goods used around the world.  It can also be proud to claim Matilda Rabinowitz and Ben Legere as hometown champions of justice for the working people who created those products.